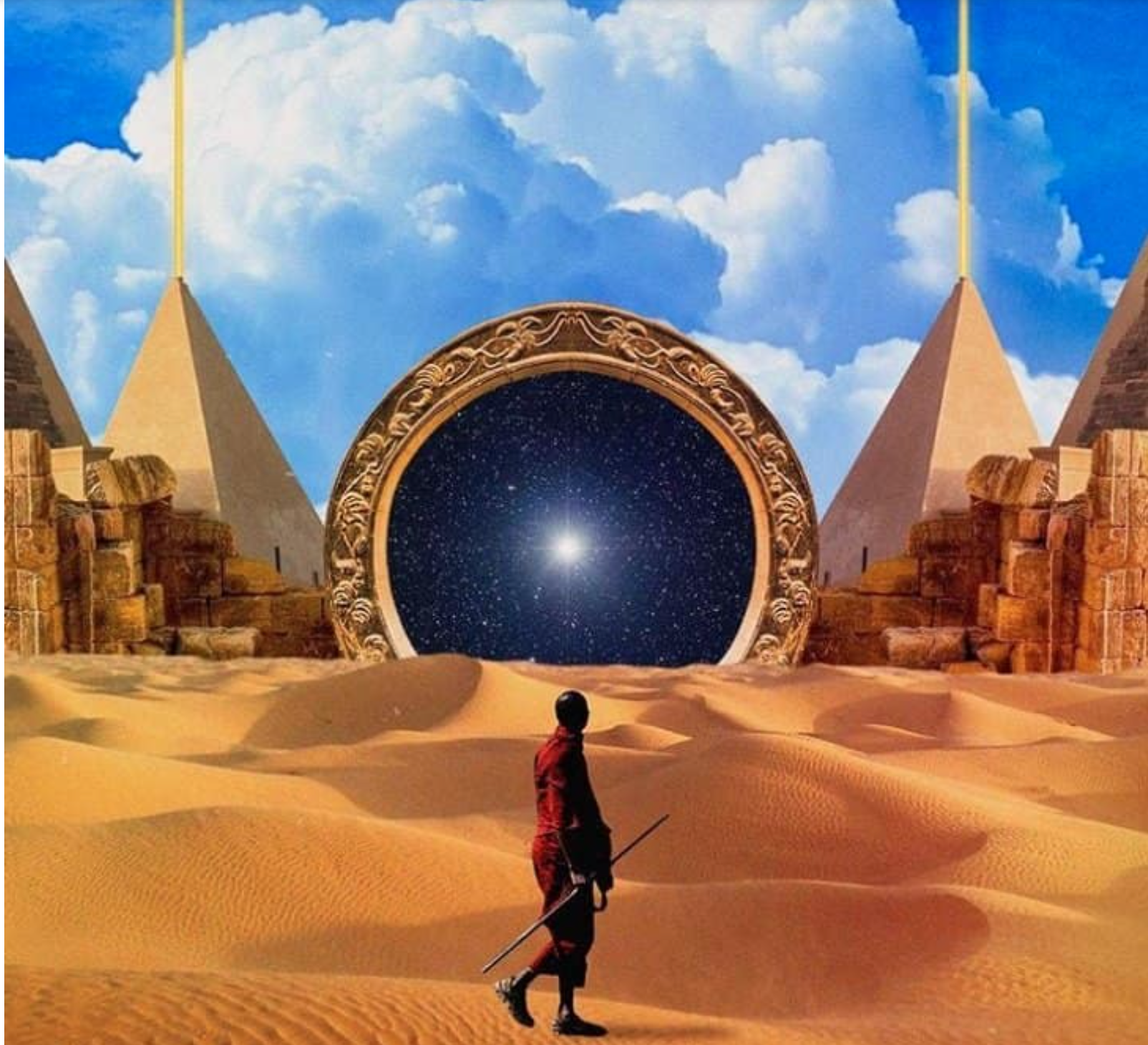 Black to the future – Writing in Space 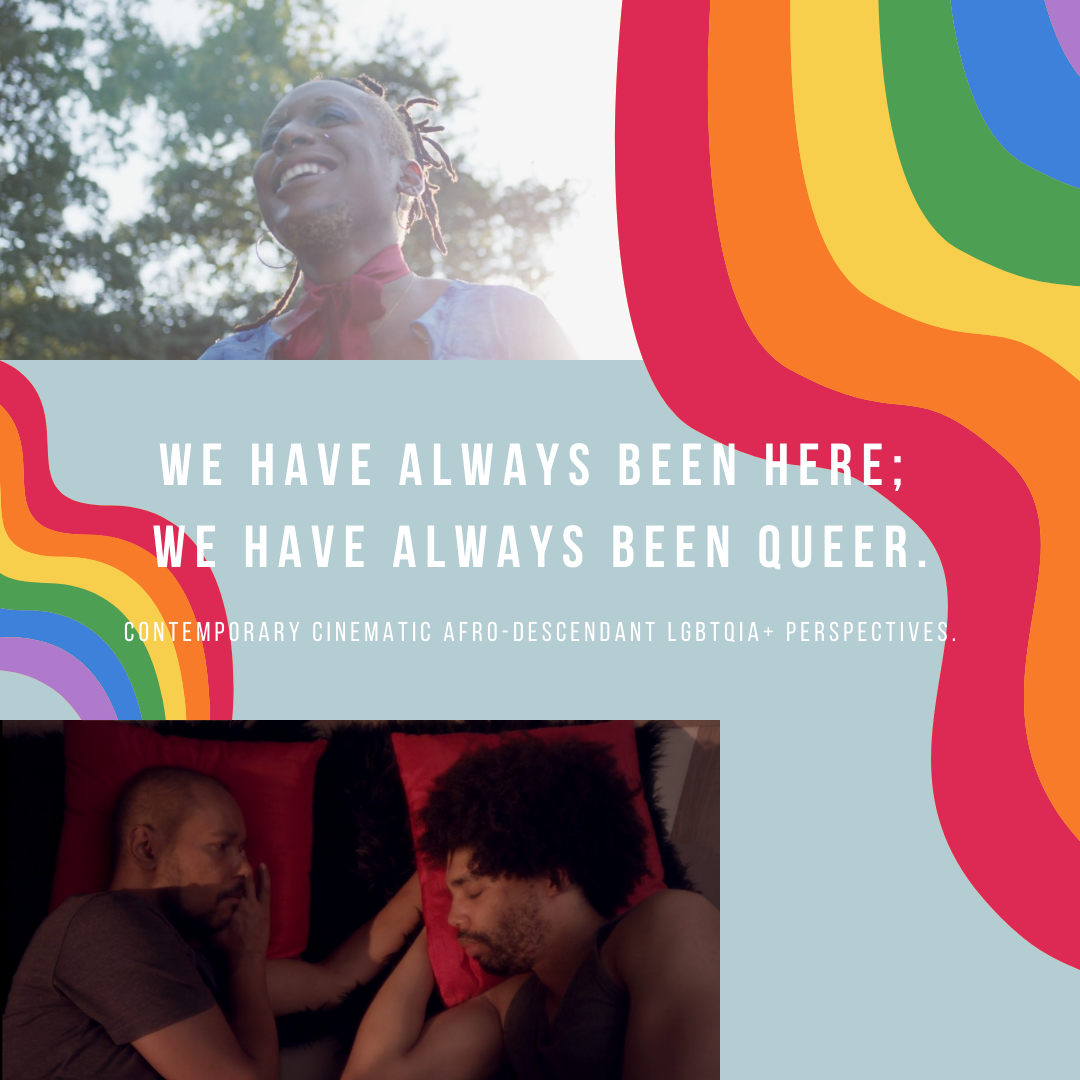 Forum Brasil and AfroPolitan Berlin present two contemporary short films by Afrobrazilian and Afrodiasporan filmmakers from Germany, accompanied by talks with the artists.

Queerness / LGBTQIA+ community is not a newfangled development, but rather a component of afrodescendant origins. This online film event highlights perspectives exploring identity, belonging, ancestry, love, survival, affection, loneliness, community, fears, hopes and resistance. Based on the diversity of bodies, narratives and aesthetics, the event focuses on marginalised perspectives within society, within communities, but also within the mainstream film industry. The films offer a short but nuanced look at the diverse histories and realities of Black queer people, who are also exposed to even greater marginalisation, discrimination, and violence. The event focuses on decolonised perspectives encouraging us to (re-)discover Black LGBTQIA+ perspectives beyond contemporary Western clichés and stereotypes.

“OUTSIDE THE AQUARIUM” is the new exhibition of the protagonist Jonas. In his search for true love, he portrays his experiences as a Black immigrant and part of the LGBT community in his paintings. The works show his fears, loneliness and dreams for the future. The film is one of the first film productions in Germany to deal with the homo-afectivity of Black men, with themes that embrace these bodies and their plurality. The premiere at the festival “From Africas and Diasporas” dedicated to Black cinema is a reaction to racism in the audiovisual field.

Alex Mello (he/him) is an actor, filmmaker and theatre educator. He studied acting and theatre in Rio de Janeiro, where he spent his childhood and youth. He has lived in Germany for several years. In addition to his acting activities, Alex Mello works as a theatre educator in Cologne and Bonn with children and young people. As a filmmaker he has made short films. Main focus: Gender, racism and migration.

FALLING INTO THE LIGHT

Six Black filmmakers come together for the first-ever Black Reels Filmmaking Workshop to create a story about healing and belonging. Sambatra, a flamboyant Black Trans Non-binary person, is lost in a park in Berlin after a party. They feel an intense feeling of dissociation and confusion. This has happened before, their mind takes them away to cope with trauma, anxiety, gender dysphoria and racism. But this time is different. They pass out and their Consciousness travels to another dimension where there is no time. Here, they meet ‘Ancestors’ who share messages for their journey towards healing.

Jota Ramos (they/them), 1989, was born in Porto Alegre (Brazil) and is currently living in Berlin (Germany). Starting from autobiographical artistic experiments, they explore the body, mind and writing in performance, video, photography and poetry practices. Creating dissident subjectivities that dialogue with symbolic, etymological and black identity references with topics of afropresentism and gender the artist search for possibilities of transforming our current reality reorganizing the present to envision a future in the future. They work aims to bring a poetic reflection as a healing space thinking about how our accumulated bodies of past and future transform – in this unknown present – ancestral technologies into tools for expanding the total change of the pillars that sustain today’s society.

Kameron Locke (he/him) is devoted to creating spaces for creativity, connection and new possibilities. As a classical singer and research-based artist, he expresses what he defines as the “Facets of Blackness” through music, performance, study and community work. Locke navigates cultural, community and academic spaces as a socially-conscious performer and musicologist. Locke successfully crafts opportunities for communities: through his Classical Inclusion, an afterschool initiative in Chicago that connected youth from diverse backgrounds to the various mediums employed to create art song; with The Village, a music recording workshop series for Goldsmiths University LGBTQ+ students of color, as a founding member of Black Art Action Berlin (BAAB), a collective of Black artists who create community by empowering Black voices through art, collaboration and activism, and as Project Leader for the Black Reels Project, a filmmaking workshop and film festival for and with Black filmmakers and creatives in Germany. Locke is dedicated to this work, creating necessary spaces and using his voice as a vehicle. 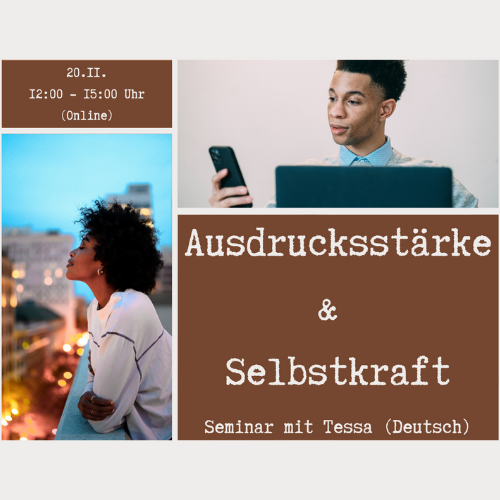 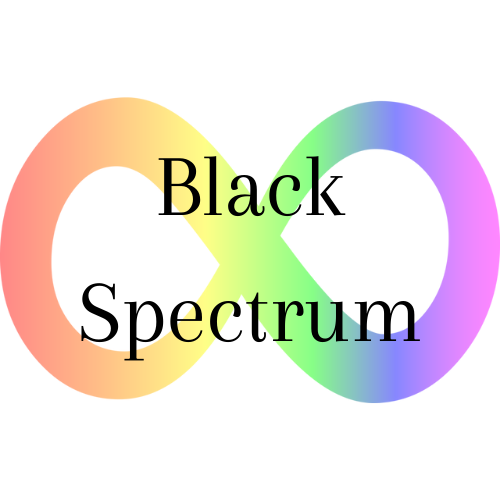 Black neurodivergent people are not only often underdiagnosed or diagnosed late, but are also faced with additional hurdles, stereotypes and ascriptions in a white, neuronormative majority society on a daily basis. Even in Black or neurodiverse safer spaces and communities, it is difficult to feel a full sense of belonging, to arrive or to find community and understanding.

We would like to offer a safer space for free, relaxed exchange, for getting to know other Black neurodivergent people, for reflecting on experiences and thinking about hopes, wishes and perspectives.

This is the second meeting of a new initiative by AfroPolitan Berlin and we are also open to your ideas and suggestions on how this can develop further. If you are generally interested in the sharing circle, but cannot attend on this date, feel free to still contact us, so that we know whether there would be interest in future meetings.

Language/s: German and/or English; depending on preference of attendees, we can be flexible and multilingual.

Neurodiversity is the spectrum of variations in individual brain functions and behavioural characteristics. Neurodivergent (also neurodistinct) describes individuals whose neurocognitive brain functions deviate from those that society defines as lying within the norm (i.e. as “neurotypical”) (for example autism, hyperactivity (ADHD), dyspraxia et al.). The meeting does not offer therapy or diagnostic options, but is a place for exchange.

Covid-19 Hygiene Measures: The “3G-Regel” (proof of a complete vaccination, recovery within the last 28 days to 6 months, or same-day negative test result) applies to all events (indoors and outdoors). A Mouth and nose covering must be worn on our premises, this can then be removed at your seat. The complete hygiene concept is posted on our premises. For outdoor events, we also ask you to keep distance between yourself and others and recommend wearing mouth and nose protection.

With the term „For members of the Black community” we would like to point out that these workshops and events are aimed exclusively at people who position themselves as Black. That means people who are part of the African diaspora, those who experience anti- Black- racism and are categorized as non-white/ Black by the white population. In order to give racially discriminated Black people an opportunity to articulate their thoughts within a „safe space“, without experiencing exclusion and avoiding the paternalism of a majority of non- Black participants, we create certain spaces exclusively.